In today’s digital age, most people take gaming as a hobby, but in today’s digital yoga it is much more than that. Now gaming is not just a means of entertainment, but in terms of career, it has taken the form of a great industry. If you want to make a career in the gaming industry, then You can make your career as a video game developer or video game designer. and you can earn a lot from this industry after doing a game developer course.

In today’s time, the number of people playing mobile games is increasing continuously. and due to the continuous increase in the number of game users, India is being seen as an emerging gaming hub. And here the demand for game makers is also increasing. In such a situation, if you are also interested in game development, then you can explore the best career prospects in this field.

The more fun it is in playing the game, the more difficult it is to develop the game. The gaming designer imagines things like the game’s story script and its character. and the game developer makes the game by turning all these imagined things into reality. Therefore, to be successful in the field of gaming, it is very important to have an interest in the game.

Apart from this, you should know about software and understand gameplay theory. Time management is very important in a game designer. Besides, you should also know about sketching, drawing, anatomy of humans, animals, and birds and their body movements and lighting effects.

When you can do a game developer course?

After passing the 1oth from any recognized board, any student can do a certificate course in game development or game designing. after that, the student can work as a game developer or designing. But if you want to touch the heights of success in gaming, then it would be better for you to take a diploma or degree level course after the 12th. Going forward, you can also do a master’s after Bachelor’s Degree in Game Designing or development.

In today’s time, there are many courses from certificate courses to post-graduation level to make a career in the field of Game Developing. From these courses, according to your qualification and interest, you can make a career in the gaming industry by taking admission in any gaming course.

Best institute for game development or game design in India

Developing and designing any game is a phased process, in which many types of work are done. In this field, you can work as a game developer, game designer, game artist, game programmer, network programmer, game/scriptwriter, audio / sound engineer, game tester, etc. While working in these positions, you have to fulfill the following responsibilities.

Also read. How to become an Income Tax Inspector or Income Tax Officer?

Just as any film is a hit with a good story, similarly the game also gets famous due to having a good story, so the first task in making a game is that of Game Story Writers, they write the entire script of the game, when in the game what Will be done and accordingly the process of making games is started.

Game Artist has a very important role in making any game. The job of a game artist is to prepare the visual effects of the game such as building, road, forest, house, and gun, etc.

Their job is to prepare the game design and concept and to coordinate with other professionals related to game designing such as programmers, animators, producers, and audio engineers so that online games can be prepared according to the concept.

: The task of a game tester is to find out what bugs and glitches are in the game so that there is no problem in playing the game if there are any bugs and glitches. The tester has to prepare the report and give it to the game programmer

It is the job of the game animator / visual artist to design various characters, objects, and gaming environments in the games. Therefore the game animator should have a good understanding and knowledge of 2D, 3D Animation.

They prepare technical coding of video games so that the game can be played on different devices. Video games cannot succeed if the game programmer’s coding is wrong. Therefore the game programmer should have a good understanding of C, C ++, Window Programming, Direct X, 3D, GL, etc.

Their job is to provide sound effects and soundtracks in the game, such as car or bike sound, gunshot, people and birds voice or background music, etc. Therefore the sound designer / audio engineer needs to have good knowledge about the sound.

A game developer has many ways to earn money, such as if he wants, he can get a salary every month by working in a Gaming company or he can make his own game and put it on Google Play Store or Apple Store and more. Can make more money

The average salary of a video game designer in India is around Rs 4.5 lakh per year, depending on work and skills. Which increases based on time and experience. 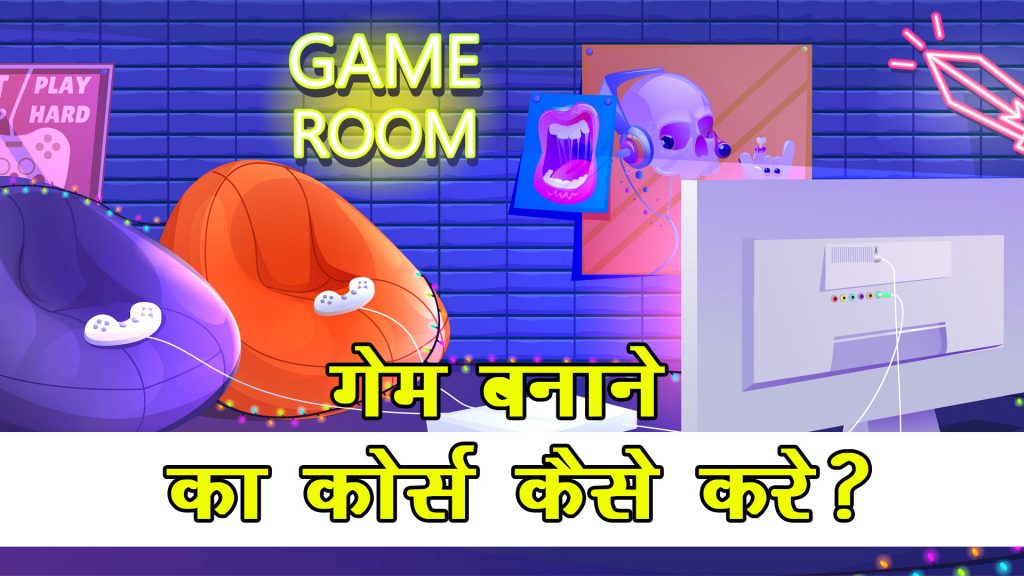