List Of Open Universities In India: The universities which are established for the purpose of distance education are called open universities. India’s first open university was established on 19 November 1985 and it was named Indira Gandhi Open University. Any student can apply for education in an open university, but to get admission, he has to pass the appropriate level of examination. This program is going on open university in India as well as in UK and other countries. If a person wants to study and wants to move forward, then some way or the other comes out for him. The government itself also helps such people. Many such open universities have been opened on his behalf, where a person can study without going. Through distance education, he can continue his studies and get a degree even though he is struggling with his employment-related or other problems.

What is meant by the open university?

The schools which are established for the purpose of distance education are called open universities. In India as well as in other countries, work is going on for the purpose of providing education through open universities. The process of admission in these universities is simple and pre-educational qualification has not been made mandatory for the candidates seeking admission at the graduate level, that is, there is no educational qualification required for admission, nor does much time and money have to be spent for admission.

Every university has certain criteria to get admission. One can easily get admission by clearing the entry-level exam. Work is underway on 14 open universities, 75 regular universities, and other educational institutions in India under the distance study program. Open universities provide education in distance mode. It is also called distance education in Hindi. Basically, this medium of instruction has been kept to meet the needs of those people who are not able to attend regular courses due to various reasons, and are not able to attend classes continuously. This could be due to their job or any other reason. You will be surprised to know that close to 25 percent of the people who got a university education are currently pursuing education in open mode. Higher education specialists are treating it as a success of open and distance learning ie ODL system.

What type of students benefits from the Open University?

We have given you some hints at the very beginning of the post about what kind of students are benefited from the Open University. If we talk about the extension, then it gives special facility to the following students-

How is education given in the Open University?

Whenever people hear the name Open University, this question comes to the mind of many people how education is provided in Open University? Generally, open universities have a flexible syllabus, in which students who do not have formal qualifications but who have completed 18 years can enroll.

The work of teaching-learning is given through printed material and multimedia set-up at the nodal center. Apart from this, these universities also run education programs through Doordarshan and radio.

In this, there are no short courses, but diplomas, as well as courses up to graduation, post-graduation, MPhil, Ph.D., are conducted. The special thing is that most of these courses are job and career-oriented.

How many open universities are there in India at present?

Which is the first open university of the country and when was it opened?

Where can I get more information about the Open Universities of India?

If you want to get more information about these open universities then you can contact to distance education bureau of UGC. Its address is-

Understand the importance of an open university with this example

We try to make you understand the importance of open university with an example. Suppose a person is recruited as a clerk in an office after doing 12th, but here he needs a graduation degree to become a manager. Because of his day-to-day service hours, he cannot take regular admission in any university.

In such a situation, he prefers to do a course from the Open University. From where he gets the degree, which increases his educational qualification. In this way, without going to college, he gets a degree and becomes eligible to apply for the post of manager.

Many students are forced to leave their routine studies due to lack of resources. Through open learning, they also get a chance to complete their incomplete studies. If we talk about the Himalayan states, then the youth of rural areas, especially due to the geographical condition and lack of education resources, face this stigma.

Many people approach the Open University for additional qualifications, so that they can take courses in those subjects, which will prove to be better for their future.

If any open university is not fake, where to check their veracity?

Many students take admitted to a university just by watching advertisements. They do not check its veracity. When they come to know about it later, they regret it. Both their time and money is wasted. So it is wise to check the reality of the university in advance.

Now the question arises how can you do this. To know whether any open university is fake or not, check its veracity on the official website of the University Grants Commission i.e. UGC. https://www.ugc.ac.in can be done through

In India, the Central Government is going to bring many changes under the New Education Policy ie NEP. Under this, he had also sought suggestions from various aspects related to higher education.

Recently it has been announced that students can do two-degree courses simultaneously. Due to this, there is a wave of happiness among such students, who wanted to do the courses related to their main course together to save time.

Similarly, it is believed that big changes can be seen in the coming time in the field of informal education and open learning.

How many universities are there in India?

According to the UGC data, there are a total of 1027 universities in India including Central, State, Private and Deemed Universities.

How many open universities are there in India?

Which is the first open university in the country?

Indira Gandhi National Open University was established about 37 years ago in the year 1985.

What type of students is the Open University helpful for?

Those who cannot attend the regular course. Open universities are helpful for such students.

What types of programs are offered at Open Universities?

Courses up to Diploma, Graduation, Post Graduation, MPhil, Ph.D. are being run in open universities.

We have presented you in India through this post. open university list has been placed. Hope this post will increase your knowledge. If you or any person in your circle wants to do a course from Open University, then this post will help them. Do not forget to share this post as much as possible for the purpose of education awareness. Thank you. 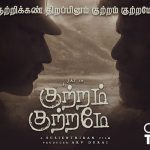