After the job of Indian Administrative Service (IAS), if there is a maximum craze for any job in preparing for the competition, then it is the job of Income Tax Officer. In the news or movies, you have seen that most people are afraid of income tax officers because they keep raiding people for non-profit. But this job is more than just a raid.

As an income tax officer, you make policies related to direct taxation. Income tax officers are a part of the few who ensure the law enforcement of tax laws. Income Tax Officer monitors people and their income. Apart from this, people who are paying income tax also give Income Tax Return documents to those people.

The Income Tax Officer is responsible for the direct tax collection of the Government of India. A direct tax is an income tax that individuals, companies, partnerships, etc., have to pay to the government. they, take care of any gift tax, super profit tax (such as prize money from Kaun Banega Crorepati), wealth tax, capital gains tax (profit from shares or shares of other investments), etc.

The Customs and Excise officers and Goods and Service Tax officers take care of other Indirect tax accruals of the government, including GST, excise duty on alcohol and tobacco, customs duty, taxes on diesel and petrol, etc. Income tax officials are responsible for ensuring that every person, company and other tax-paying entities comply with and abide by income tax laws, rules and regulations. They ensure that every tax-paying person or entity declares actual earnings, assets, and liabilities and pays the appropriate taxes correctly. They have the power to enforce tax laws and investigate violations of laws.

How to become income tax inspector?

To become an Income Tax Officer, one has to take the SSC CGL exam conducted by the Staff Selection Commission. One of the most well-known and respected posts under this SSC CGL recruitment process is Income Tax Inspector. This is a Group-C post in the Central Board of Direct Taxes (CBDT). After passing this exam, they become income tax officers, Forms are filled by the Staff Selection Commission (SSC) every year to become an Income Tax Officer and the examination is taken.

The job of an income tax officer involves both desk and fieldwork. Which depends on the job responsibility and post, there are two different departments for the job in the Income Tax Department.

Assessment Department: The officers working in this department would see all the desk jobs related to income tax. Apart from this, claims for text refund, TDS, income tax evasion complaints, etc. have to be looked into.

To become an Income Tax Officer, one has to fill the CGL (Combined Graduate Level Examination) form conducted by the Staff Selection Commission for which the candidate participating in the examination must pass graduation from any recognized academic institution/university.

Age should be maximum of 30 years to become an Income Tax Inspector. If you talk about the tax assistant, then the age limit for this should be 18 to 27 years.

The age limit of all classes has been kept different to become an income tax officer. In SSC CGL Exam, SC / ST class candidates are given 5 years, OBC candidates 3 years, and PWD class candidates 10 years. For more information, see the table below: –

To become an Income Tax Inspector, one has to take the exam in three different stages. In which first of all, the CGL Tier 1 Preliminary Examination is to be given. After that comes the main exam of the CGL Tier 2 Mains Exam and the last third phase is Tier-III: Pen and Paper Mode (Descriptive paper) After completing all the three stages, you will be selected for Income Tax Inspector. There is no interview or physical test for income tax inspector or taxation post. The Income Tax Office Examination (SSC CGL Exam) takes place in four stages: –

How to Become a Block Development Officer (BDO)

This paper of SSC CGL Tier-3 is a Descriptive Test, the paper will be in English / Hindi and will be of 100 marks. Which will have to be completed in 60 minutes. In this, a letter and an essay have to be written, the qualifying mark is 33, which will have to be brought at least, otherwise, it will fail. By the way, marks are also added to it, so bring as highest numbers as you can.

DEST: Candidates are required to type 2000 words in 15 minutes on the computer in English. This exam is conducted to check the writing skills of a candidate. It is just a qualifying paper, no number is added to it.

CPT: The CPT Test is taken to test a candidate’s proficiency in word processing, spreadsheets, and slides.

For your information, document verification is done at the time of Tier-IV Exam. and as well as Post Preference has also to be filled, after which the final cut-off list comes to Post Wise and after being named in this final cut-off list, the income tax you become Inspectors or Income Tax Officers.

The salary of an income tax officer is like this:-

If talking about in-hand salary, then More than 55,000 is given including HRA, TA, DA, etc.

Promotion can be understood as follows: 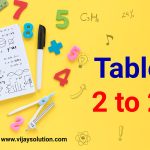