Jharkhand Panchayat election 2022: Jharkhand State Election Commission has issued a notification for three-tier Panchayat elections in Jharkhand. The election is to be held in four phases, the first phase of polling will be held on May 14. After that, the polling for the remaining three phases will be completed on May 19, 24, and 27 respectively. For the first time in the state, the counting of votes will be done in three phases. The counting of votes for the first phase will be done on May 17 and the second phase on May 22. At the same time, the counting of votes for the third and fourth phases will be held on May 31. State Election Commissioner Dr. DK Tiwari said in a press conference that with the announcement of the election, the model code of conduct has come into force in the state. It will be applicable in the entire state except for municipal and cantonment areas.

The old schemes and tender process of the state government will not be interrupted by the code of conduct. The implementation of Zilla Parishad, Panchayat Samiti, and Panchayat schemes will come under the purview of the Model Code of Conduct. 1.96 lakh voters will be able to exercise their franchise, the State Election Commissioner said that elections will be held in 4,345-gram panchayats of 264 blocks in 24 districts. Elections will be held on 53,479 posts of Gram Panchayat members, 4,345 of Mukhiyas, 5,341 Panchayat Samiti members, and 536 posts of Zilla Parishad members. According to the voter list published on January 5, 2022, 1.96 lakh voters will be able to exercise their franchise in the Panchayat elections. The election will be conducted on the ballot paper. 98,081 large and 39,928 medium-sized ballot boxes will be used for voting. He said that a total of 53,480 polling stations have been set up for voting. Out of this, 17,698 polling stations have been categorized as very sensitive and 22,961 polling stations as sensitive. Tight security arrangements have been made at these polling stations. Adequate security forces have been deployed to maintain law and order.

In Jharkhand, under the first phase of three-tier panchayat elections, elections will be held for various posts in 72 blocks of 21 districts. The nomination process will start as soon as the information is released by the election officials. Elections are to be held in 1,127-gram panchayats in this phase. The nominations for the first phase will start from Saturday and will continue till April 23. Candidates will be able to file the form during this period from 11 am to 3 pm. Polling for the first phase is to be held on May 14, while the counting of votes will take place on May 17. Let us inform that in the first phase, except Koderma, Jamtara and Khunti, elections will be held in 1,127 gram panchayats of one or the other block of the remaining 21 districts.

Polling in 1127 panchayats of 72 blocks in the first phase

The first phase of elections will be held on May 017, the second phase on May 22, and the third and fourth phases on May 31. Model code of conduct is applicable in the entire state except for municipal and cantonment areas. Implementation of Zilla Parishad, Panchayat Samiti, and Panchayat schemes will be done under the model code of conduct. Representatives of the village will be elected through ballot paper, a total of 36,164 posts have been reserved for women in Panchayat elections. Elections will be conducted in 4,345-gram panchayats of 264 blocks of 24 districts.

Seats reserved for Other Backward Classes

who can spend how much

Dr. Tiwari said that the candidate of Gram Panchayat member can spend a maximum of Rs 14,000, Mukhiya candidate Rs 85,000, Panchayat Samiti member candidate Rs 71,000 and Zila Parishad member candidate only Rs 2.14 lakh. But 45 general observers will be appointed. Flying squads and static monitoring teams will be formed to keep an eye on election expenses. Monitoring will be done on the distribution and storage of liquor. Video recording of all programs will be done. Competent officers will be appointed to prevent any disturbance.

Who can contest and who cannot contest the Jharkhand Panchayat elections

A person working in state or central government undertakings cannot contest panchayat elections. There is also a ban on contesting elections by the persons working in the Board and the Corporation. Persons working on honorarium in Anganwadi workers, education projects, literacy campaigns, special education centers, etc. will also be ineligible for election. There is no restriction on contesting the election of an agent working on a commission basis. There is no restriction on Manki, and Mundav Dakua becoming candidates in Panchayat elections. NGO workers who do not get government aid and Home Guard personnel who do not take daily allowance are also allowed to make candidates.

Nomination panchayat elections will be held in block, sub-division, and district headquarters too

Nomination of candidates for Panchayat elections will be done in Block Office, Sub-Divisional Office as well as at District Headquarters. Nomination can be filed for Ward Member and Head Office in the concerned Block Office. Whereas, the candidates of Panchayat Samiti members will have to go to the Sub-Divisional Office and fill the nomination.Whereas, the nomination can be filed in the district headquarters to become the candidate for Zilla Parishad member. Nomination cannot be done by post or any other person. For filing a nomination, it is mandatory for the candidate or his proposer to be presented before the election or assistant returning officer.

Commission fixed the fee for the nomination paper

A person can contest for more than one post

For filing nominations more than once, depositing the amount once will be sufficient. It is also special here that a person can contest election for more than one post simultaneously. But, he can be a candidate from the same constituency even if his name is in the voter list at more than one place. He/she will also have to fill nominations for different posts by paying different fees.

Zip member is allowed only four vehicles in the campaign

The cell will be made at Police Headquarters

A cell is also being made in the police headquarters for the Panchayat elections. In this, police officers of the rank of DIG, SP, DSP and Inspector will be deployed. The headquarters has sought details of police forces from the SPs of all the districts. Additional forces will be made available to the districts after review.

State Police will have to conduct elections with its own force:

There is little hope of getting a central force during the Panchayat elections. The force which is already engaged in the Naxal campaign in the state can only be used in the elections to be held in the Naxal-affected areas. It is generally believed that the efficient strategy of the SPs of the respective districts depends on how they conduct peaceful elections with the least amount of force. 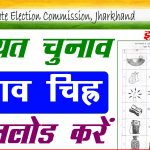 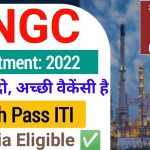