Railway Group D Admit Card 2022 : Applicants are waiting for a long time for the Group D exam to be conducted by Railway Recruitment Cell (RRC). These have been postponed earlier due to the Corona epidemic. Finally, the exams are to be started from 23rd February 2022. In such a situation, the candidates are waiting for the update of admit card and other information related to the exam. It is believed that the city intimation details can be issued by the board 10 days before the examination, that is, it is likely to be released by February 13.

According to media reports, the Railway Group D Admit Card will be released 4 days before the exam i.e. by 19th February. All these information will be released on the official website of Railway Recruitment Board (RRB) rrbcdg.gov.in. Candidates have to login with the help of registration number to download their admit card. It will be a Phase I Online Examination, which will be conducted in multiple phases for the selection of eligible candidates.

The recruitment examinations for the vacant posts of Group D will be conducted by the Railway Recruitment Board in 7 phases. In this, the first phase exams will start from 23 February 2022. These exams will go on for a long time. Around 103769 vacancies were invited in the online form 2019 for Railway Group D Recruitment. Since then students are waiting for RRB Group D Exam. About two crore 90 lakh candidates have applied for this examination. Now soon the schedule of this exam will be released. Whereas its admit card will be issued about 1 week before the exam date. For more information, candidates keep checking the official website of the Railway Board from time to time. Raylave group d exam And a new notification has been issued regarding the syllabus. New The direct link to download the notification is given below.

Railway Group D applications whose photographs or signatures were rejected are now given one more chance to upload their signature or photograph. Soon a link to update the photo or signature will be issued for them on the official website of the Railways. But the candidates whose applications have already been accepted are no longer required to update the photo/signature through this link. The Railway Group D exam will start on 23 February 2022. The direct link to download the Railway Group D Exam Date notification is given below. RRB Group D Admit Card will be issued 4 days before the date of the exam.

The group-D exam will be conducted in the month of February. According to the official data released by Indian Railways, more than 1.15 crore candidates have applied under RRB Group-D 2019-20 Recruitment. After the issue of Admit Card, candidates will be able to download it by visiting the official website of the department http://www.rrbcdg.gov.in/. To download the admit card, candidates will need the registration number and DOB.

The information regarding the issuance of admit cards by RRB will also be provided to the candidates through SMS on their registered mobile number. Apart from this, if the email id of the applicants is already registered, then a notification will be sent on that.

After the NTPC exam, Railway Recruitment Board (RRB) has now issued an important notice regarding the Group D recruitment exam. In which important information about the exam schedule, paper pattern, and selection process has been given. According to the information, the Group D CBT 1 exam will start from February 23 as per the schedule. With this notification, so far the speculation of postponement of the exam due to Corona has also ended.

The board has released its information on the official website rrbcdg.gov.in. It has been informed in the notice that the first CBT 1 exam will be conducted, which will be in multiple phases. For this, the exam city details will be issued to the applicants 10 days before the exam. Whereas the admit card will be issued 4 days before. After this CBT 2 will be conducted. It will include the candidates who have qualified for the first stage.

More than one crore had applied

Under this recruitment, 1,03,769 vacancies will be filled, for which more than one crore candidates have applied. The recruitment notification was released in March 2019. Since then the candidates were waiting for the exam for a long time. Last year also the board had postponed the examinations due to the corona epidemic.

Free travel pass will be issued

RRB Group D exam will be attended by a large number of applicants so the exam will be conducted in 6 to 7 phases. During this free travel, passes will also be given to the reserved category candidates. It will be issued to them 10 days before the exam. City intimation card and admit card will be issued before every phase. So candidates keep an eye on the official website. 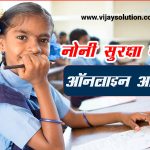 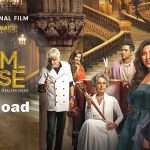 01/07/2022
AdBlock Detected
Our site is an advertising-supported site. Please whitelist to support our site.
Okay, I'll Whitelist
Welcome Back!