Pradhan Mantri Awas Yojana List 2022: by central government List of PM Awas Yojana 2022 All the citizens of the country who had applied for the scheme will now be able to check their names in the beneficiary list by visiting the official website of PMAY Urban online from the comfort of their homes. The citizens whose names have been included in the issued list of the scheme will be provided the facility of pucca houses for housing by the government. If you have applied to the housing scheme, then you will also be able to check your name by reading the detailed information mentioned in the article here to see your name in the ongoing list of the scheme.

Now you will also get Government House In PM Awas Yojana

Under this scheme, the financially weak citizens of the country living below the poverty line, after applying in the scheme according to their category, get the installments released in their account. PM Awas Yojana Under this, the facility of pucca and safe houses is provided to all those citizens living in homeless or kutcha houses of urban and rural areas, whose condition is not so good that they can build their own houses, for this the central government and Every year, the beneficiary list of the housing scheme is issued, in which the names of all the eligible beneficiaries are included and they are provided with the facility of taking credit-linked subsidy i.e. loan for construction of new houses or repair of old houses for construction of pucca houses. Is performed.

In this scheme, the Ministry of Housing and Urban Affairs is emphasizing on timely completion of housing construction work across the country so that common people and poor families can get the benefit of this facility. In this scheme, the government has started this scheme keeping in mind things like land surface hazard, loss of life, urban inter-migration, etc.

This scheme was started by the central government in the year 2015. The main objective of this scheme has been set to ensure housing by 2022. Under which a target has been set to build about 1.12 crore houses by 2022. In this plan, approval has been given to build more houses in urban areas. According to the information received so far, a total of one crore one lakh houses have been constructed.

It is the dream of Prime Minister Narendra Modi that every citizen of India should have his own pucca house. Keeping this in mind, PM Awas Yojana was started. In this scheme, people will get new employment opportunities, due to which the unemployment rate will also come down and the economic system of the country will also be strengthened.

Information about the eligibility conditions of Pradhan Mantri Awas Yojana 2022

like i told you Pradhan Mantri Awas Yojana Gramin Online application cannot be made for Pradhan Mantri Awas Yojana Gramin For this, you have to apply by meeting the head, head, ward member or housing assistant of your village panchayat. If you want, you can apply by meeting the Block Development Officer. Pradhan Mantri Awas Yojana Gramin For this, an application form has to be written and submitted to the Block Development Officer. After which applications are made by the housing assistant by entering it online. After which the accommodation is done after physical verification, after which your first installment of Rs 40000 is put in your account, so that you can start the foundation of the house. The rest of the money is given to you time to time in 3 installments. 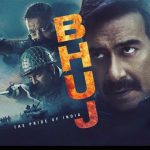