49 lakh farmers will get Kisan Credit Card (KCC): A campaign has been started to give one more facility to the farmers of Bihar who have taken Prime Minister Kisan Samman Nidhi. Name: Farmer Partnership, our priority. Prime Minister Narendra Modi launched the nationwide campaign. Under the campaign in Bihar, Kisan Credit Card (KCC) will be given to 49 lakh farmers. On Sunday, special Gram Sabha was organized in the Gram Panchayats and KCC applications were distributed among the farmers. The campaign will run till May 1. According to the records of the Agriculture Department, at present 88 lakh farmers are taking benefit of the Prime Minister’s Samman Nidhi. In this, only about 39 lakh have KCC. Along with remaining more than 49 lakh farmers, farmers engaged in animal husbandry, fisheries, dairy, goat rearing, pig farming and Magi rearing are also preparing to make KCC.

Kisan Bhagidari, Priority In our campaign, farmers who are deprived of Kisan Credit Card, who are taking benefit of Kisan Samman Nidhi, will be given Kisan Credit Card. KCC will also be available for animal husbandry, fisheries, dairy, goat rearing, pig rearing and poultry, on the first day, gram sabhas were organized in many districts. Among these, the manager of the leading bank, District Agriculture Officer, DDM, NABARD-Atma’s office-bearer, head, sarpanch, ward member etc. made the farmers aware. To provide this information to the farmers, help of self-help groups etc. is also being taken.

In the meetings of the Gram Sabha, bank officials are giving one page application form to the farmers. You have to fill it. Those whose KCC will be formed for the first time, they will be given a loan of up to 50 thousand rupees for farming at just four percent interest rate. The loan limit of KCC for those who have been benefited in the past will be increased up to Rs.3 lakh. It is worth noting that the government gives a grant of three percent to the banks out of the total seven percent interest charged by the banks on KCC. Farmers who repay the loan on time get money at just four percent interest.

The minimum age for KCC should be 18 years and maximum 75 years. Voter ID card, PAN card/Passport/Aadhar card, Driving license etc. can be given as proof of ID and address. According to the guidelines of Reserve Bank of India, banks have to issue the card within 15 days from the date of application. If this is not done then a complaint can be made against the bank. The Banking Ombudsman can also be approached for this.

Farmer Participation, Priority Our program has been launched in the state on Sunday. Farmers who have made Kisan Credit Card do not have to pay any kind of fee or fees. In the meeting of the Gram Sabha, the bank officials are giving a one-page form to the farmers to fill up. The farmers whose Kisan Credit Card will be made for the first time, they will be given loans up to Rs. 50 thousand for farming at a cheaper rate. The loan limit of KCC of those who have been benefited in the past will be increased to Rs. 2 lakh. 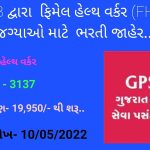 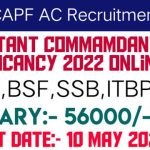