Mai web series download Review: Sakshi Tanwar’s series ‘My’ is a suspense thriller drama, through which Sakshi has debuted in the world of OTT. This ‘My’ web series is streamed on the OTT platform Netflix. The plot of the story of ‘My’ web series is in the city of Lucknow. This series of six episodes of more than fifty-fifty minutes begins with the death of Supriya Chaudhary (Vamika Gabbi). In front of the eyes of mother Sheel Choudhary (Sakshi Tanwar), a truck rams into the road and puts her to sleep. Unable to speak, Supriya used to work in a pathology lab and wanted to say something to her mother in gestures before she died. Sheel Choudhary (Sakshi Tanwar), is a middle-class mother.. In front of Sheel’s eyes, her daughter is trampled by a truck. Soon after this accident, Sheel realizes that it is not just a hit-and-run affair, but there is some other game involved. Because of the words of the truck driver in the court, Sheel realizes that Supriya’s death is not a road accident, but someone has got her murdered, now she sets out to find out the truth. A mother is not only fighting for justice for her daughter, but she also has to face the truth which has taken her daughter’s life. After the death of the daughter in the web series, Sheel’s life changes completely. At first glance, it may seem like an accident, but soon Sheel as well as the audience realizes that the story is not so simple. Supriya is murdered and there is a reason behind it. Sheel is solving this mystery.

Based in Lucknow, this story tells of a big medical scam, in which the police is behind the suspected syndicate, along with this story there is also a story of Farooq Siddiqui (Ankur Ratan). He is an officer in the Special Police Force. Farooq is about to bust a medical scam and money laundering case. The root of this whole crime is Jawahar (Prashant Narayan). Jawahar’s partner in crime is his most trusted Neelam (Raima Sen), who along with Raghu (Saurabh Dubey), Keshav, Prashant, and Shankar handle the entire business of Jawahar. Police officer Farooq is actually Supriya’s boyfriend too, while Sheel’s strings are also connected to Jawahar. She is the caretaker of Jawahar’s old mother. All the characters in the series are somehow related to Supriya or Sheel.

Atul Mongia is the creator and producer of this series as well as the writer of the story. Along with him, Tamal Sen and Amita Vyas have written the story of this 6-episode series. The series deals with the love of a mother and daughter as well as their suffering, human relationships, sacrifices, political scandals, and money laundering. The initial episodes of My’ web series bind you well. It is also a hallmark of the impact of the right and wrong practices of the people in the city on the lives of the common people. But the story soon starts to waver. However, from the point of view of putting everything together, the script is well written. Whereas on many occasions it also seems unnecessarily stretched to you. Also, the story has too many characters and subplots, so not everyone gets enough time to justify it. One such character is Kalpana (Seema Pahwa). Who falls into the world of crime after being a victim of an abusive marriage. The director sahib has not been able to do justice to this character. People are not able to connect with the fiction story. There are many such scenes in the series, in which it seems that Sheel can do anything, she can jump the wall, and betray the mastermind. In practice, it all seems impossible.

Sheel i.e. Sakshi Tanwar whose daughter Vamika is killed in an accident, but Mai is sure that this incident that happened with the daughter is not as simple as it seems. Mai’s daughter could not speak but was a stand-up comedian. Was upset in the last few days, but did not tell Mai what happened. After the death of the daughter, when the witness feels that something wrong has happened to the daughter, then she starts to find out. What can a mother do? To what extent can he go to get justice for his daughter? This is the story of Mai. This series is directed by Atul Mongia and both have done their job well.

Sakshi Tanwar has not done justice to her character. She dominates the screen playing the role of a grieving mother. A character who rapidly goes from soft-hearted to ruthless on screen. He looks to know who killed the daughter and why. Later, the way the Witness sets out to settle accounts with dangerous people is also worth watching. In the character of Surbhi, he has done a good job of living as a mute girl. Vivek Mushran, who plays Sheel’s husband Yash in the series, is also tied up with the rest of the co-stars for not getting enough space.

Ankur Ratan as Farooq seems an outcast in many action moments. Prashant Narayan has once again made him convincing with his work. In the character of Jawahar or Mohandas, he fits in such a way that you will fall in love with him. But you will hate his character. Raima Sen has done beauty with brain work as Neelam. Anant Vidhat and Vaibhav Raj Gupta (Annu Bhaiya from Gullak) fit their roles of Prashant and Shankar.

Be it the frustration of the daughter not getting justice or the scenes of Sakshi clashing with those who did wrong to the daughter. Sakshi is amazing in every frame. Vamika has done a good job in the role of Sakshi’s daughter. Vivek Mushran has played the character of Sakshi’s husband who is a weak person and Vivek is frozen in this character. Raima Sen has played a negative character named Neelam and she is very frozen. It is shocking to see Raima in a negative character, but she plays her character well. Prashant Narayan’s character is small but he is frozen. Rest of the characters have also done their job well.

A middle-class wife, mother, and nurse witnesses for the first time a tragedy that changes her world forever. In an instant, she finds herself trapped in a maze of violence, crime, and power. Sakshi is Tanwar Mai, she assumes a new avatar (Shil), who will do anything to know the truth about the death of her daughter Supriya. My Clean Slate is a crime drama and thriller series produced by Karnesh Sharma of Films and directed by Anshai Lal and Atul Mongia.

The trailer begins with a conversation between mother and daughter. A mother (Sakshi Tanwar) has some feeling that something bad is happening to her daughter, she is asking, but then a truck comes and crushes Gudiya (Sakshi Tanwar’s daughter). And this is where the story begins. Sakshi becomes detective in search of truth and maybe even murderer. As the story progresses, the suspense and thrill double. People also get curious to know the truth in the trailer itself, but will the truth come out… Will Sakshi go through all limits to know this truth. The trailer is ended with these questions. 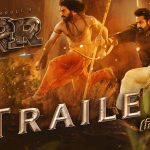