In today’s modern era, there are many such youths, who think of making a career in the army by taking the passion of serving the country apart from all career options. If you too are dreaming of joining the Indian Army, Navy, or Air Force, then you can fulfill your dream by taking the examination of National Defence Academy (NDA). This exam is taken by Union Public Service Commission. NDA (NATIONAL DEFENCE ACADEMY) is called National Defence Academy in Hindi. In this post, I will tell you that NDA Ki Taiyari Kaise Karen. Apart from this, what is the NDA syllabus, and what is NDA qualification NDA full information you will be found here.

The youth who have succeeded in this exam are trained as cadets of the Army, Navy, and Air Force of the three wings of the Army in the Joint Service Academy of the Indian Armed Forces – National Defence Academy (NDA). On completion of training, you can start a career as an officer in the Indian Army. No candidate can get married through training. If someone gets married during training, he is sent back. And he is left out of becoming an army officer

The National Defence Academy (NDA) is a joint service academy of the Indian Armed Forces, in which the candidates of the three wings of the Army, the Army, Navy, and Air Force are trained simultaneously. The candidate is then sent to their positions in all the three wings of the Army. The Joint Service Academy is located near Khadakwasla Lake, 17 km in Pune city in Maharashtra.

This National Defence Academy was built at the time of the British state, its main objective is to strengthen national security by giving suitable candidates trained to the three Indian Army.

n the National Defence Academy (NDA), such youth are selected who are dedicated to the service and country interest of the nation, the youth selected in the NDA become officers of any one of the three armies with dedication, service, and respect for the country. Let’s brighten the name. To get the post of these officers, it is important to give the NDA exam, which is conducted twice a year, any candidate can give the NDA exam 3 times.

It is necessary to have a 12th pass from a recognized board in NDA for Army Wing and 12th with Physics and Maths for Navy, Air Force Wing, and NA (10 + 2 Cadet Entry Scheme). However, this year students appearing for the 12th examination can also apply and give their mark sheet after the results.

Only unmarried men whose age is between 16 years and 19 years can apply. Girls are not allowed to apply for the NDA entrance exam.

Be a citizen of India, or

Be the subjects of Nepal, or

The written test is conducted by UPSC for NDA. Successful candidates in this written examination will be called for the Services Selection Board of the Army i.e. SSB. In which there will be an intelligence test and personality test. Successful candidates will get admission to National Defence Academy based on the merit list. After completing the training, the candidates who get the commission, become lieutenants in the army, sub lieutenants in the navy, and flying officers in the air force.

After passing the NDA examination, the physical meaning of the examinee is also a test of physical and mental condition. So that it can be found that the candidate is physically fit or not. Because the Indian Armed Forces must be strong both mentally and physically to serve the country.

Talking the same, the height and weight of the candidate is also seen, which is different for the three armies, which is as follows: –

General Ability Paper: This General Ability Paper is divided into two parts -A and B. Part A is of English, in which questions related to spelling error correction, grammar, usage, vocabulary, comprehension, etc. will be asked. Part A is 200 digits. The same part B is of general knowledge and it is of 400 marks. In this, questions related to Physics, Chemistry, General Science, History and Freedom Movement, Important Days, Social Studies, and Current Affairs are asked.

For both the papers, the examinations are given two and a half hours, questions are asked in both these papers in objective type and both papers are in both English and Hindi languages. So that the candidate can study in any language and pass the examination at his convenience. There is also a negative marking in this exam, so if you give a wrong answer, then the number will be deducted. All the candidates who pass this written examination are shortlisted and the candidates are called for SSB.

In the SSB test, the intelligence and personality test of the candidate is taken and it is of 900 marks. SSB test is taken in two phases. In the first phase, there is intelligence rating, picture perception, and description test, in the second phase there is interview, group testing officer task, psychology test. Successful candidates in this SSB test will be admitted to the National Defence Academy based on a merit list, where training for lieutenants in the army, sub-lieutenants in the navy, and flying officers in the air force, after successful country service. Let’s start our careers.

How to prepare for NDA exam after 12th?

The examination of any competitive exam is not easy, but you can make it easy with your hard work and get success, make a smart study plan and start preparing from the core subjects. You will have basic clearing, so you will be able to solve difficult questions.

Also read… How to become an Income Tax Inspector or Income Tax Officer?

The preparation of NDA should start after the 12th board examination. Study all the NCERT Maths questions carefully. You can make mathematics the most scoring subject from your preparation. The more you solve mathematics questions, the more your speed will increase. Understand all the formulas and short-cut tricks well. It is better that you prepare those chapters first, which takes less time, such as preparation starts with algebra questions, then geometry, then trigonometry, and finally calculus.

In the second paper, first, clear the basics of English grammar. Practice the rules of exception-based questions. Read the newspaper daily for the preparation of current affairs. Keep an eye on national and international news. If you read an English newspaper, your English will also be on hold. Also prepare questions related to military exercises, Defence technology.

The best way to prepare science questions is to solve the previous question papers. With the old question papers, you can make your preparation firm by understanding the importance of time management during the exam.

Study newspapers, magazines, journals, books, which focus on contemporary issues and developments. The habit of reading English newspapers will improve both general knowledge and English. Set a goal to achieve proficiency in speaking as well as writing in English. Solve previous years’ question papers and for preparation, select the right books on the advice of experts. Make short notes regularly and revise them. Focus on your health and personality development too. 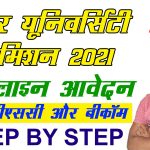 09/08/2022
AdBlock Detected
Our site is an advertising supported site. Please whitelist to support our site.
Okay, I'll Whitelist
Welcome Back!